I owned a two story 4-bedroom house, yet the mortgage felt like donating a monthly organ...

‍I outperformed all 800 sales people in my sale department at Apple, yet my debit card would get declined when I took my family to lunch. The waitress would return with a very uncomfortable look on her face.

“Uhhhh, the card got declined. Something about insufficient funds?”
‍
"Oh yeah, we forgot to transfer funds, didn't we honey?"
‍My insufferable excuse just made the situation worse. It was the walk of death, through the restaurant, out to my beat-up minivan to get my checkbook.

I'll never forget the feeling of my heart sinking when my wife called me from the grocery store,

Hey Seth, our debit card just got declined and I'm standing in front of a line of 15 people."‍This started to happen so regularly my wife began to dread grocery shopping.

So I worked harder. At one point two departments at Apple sent me an offer letter within the same week! Any sane person would dance at the thought of a trillion dollar company sending them two offers at the same time.

And I thought this would change everything. Now was my big chance! So I chose the manager role for a tech support team across the US. 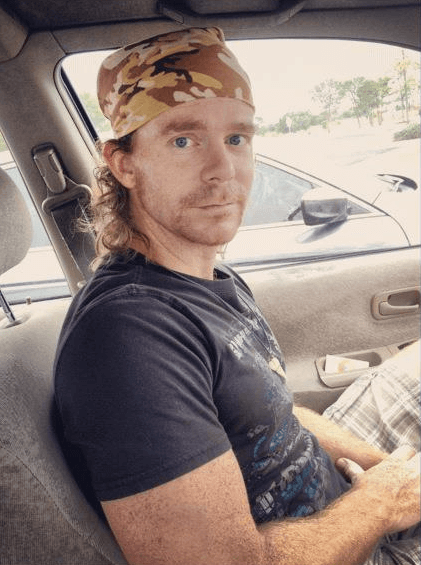 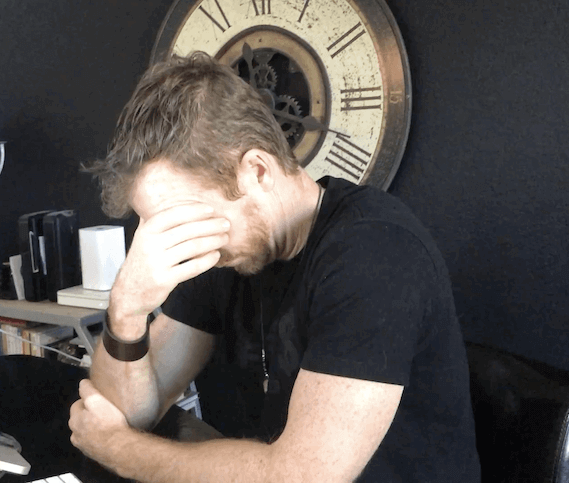 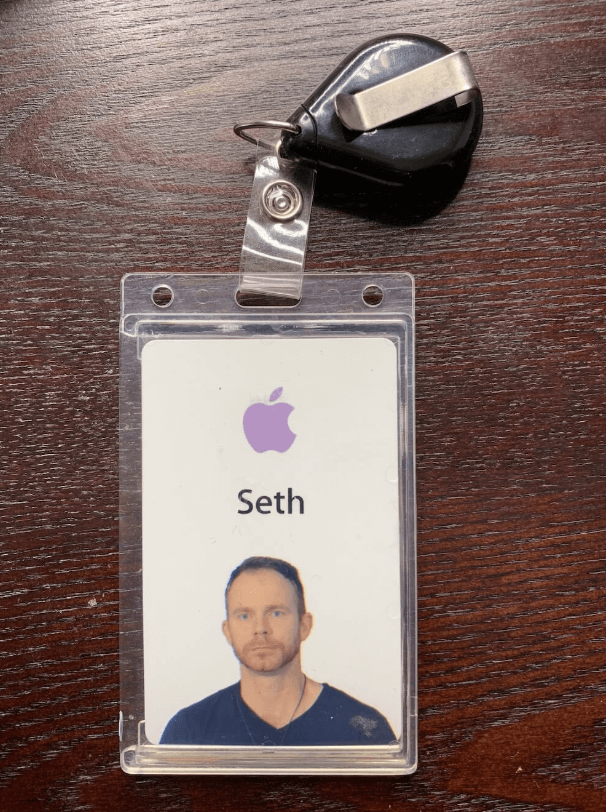 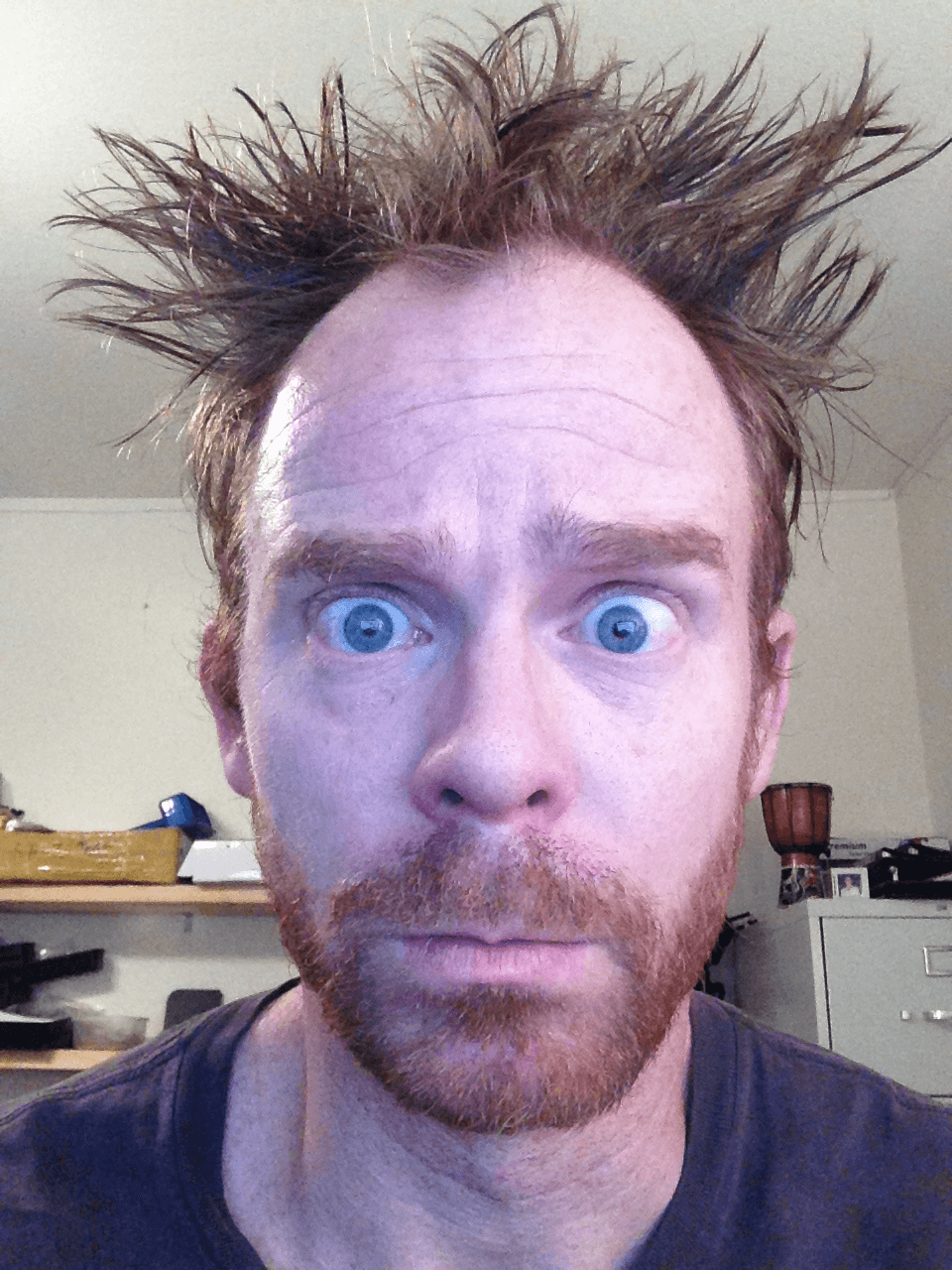 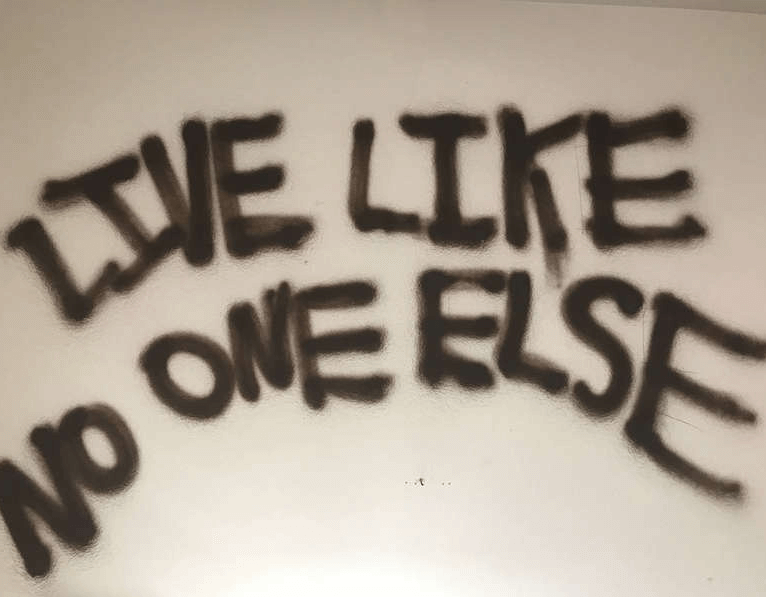 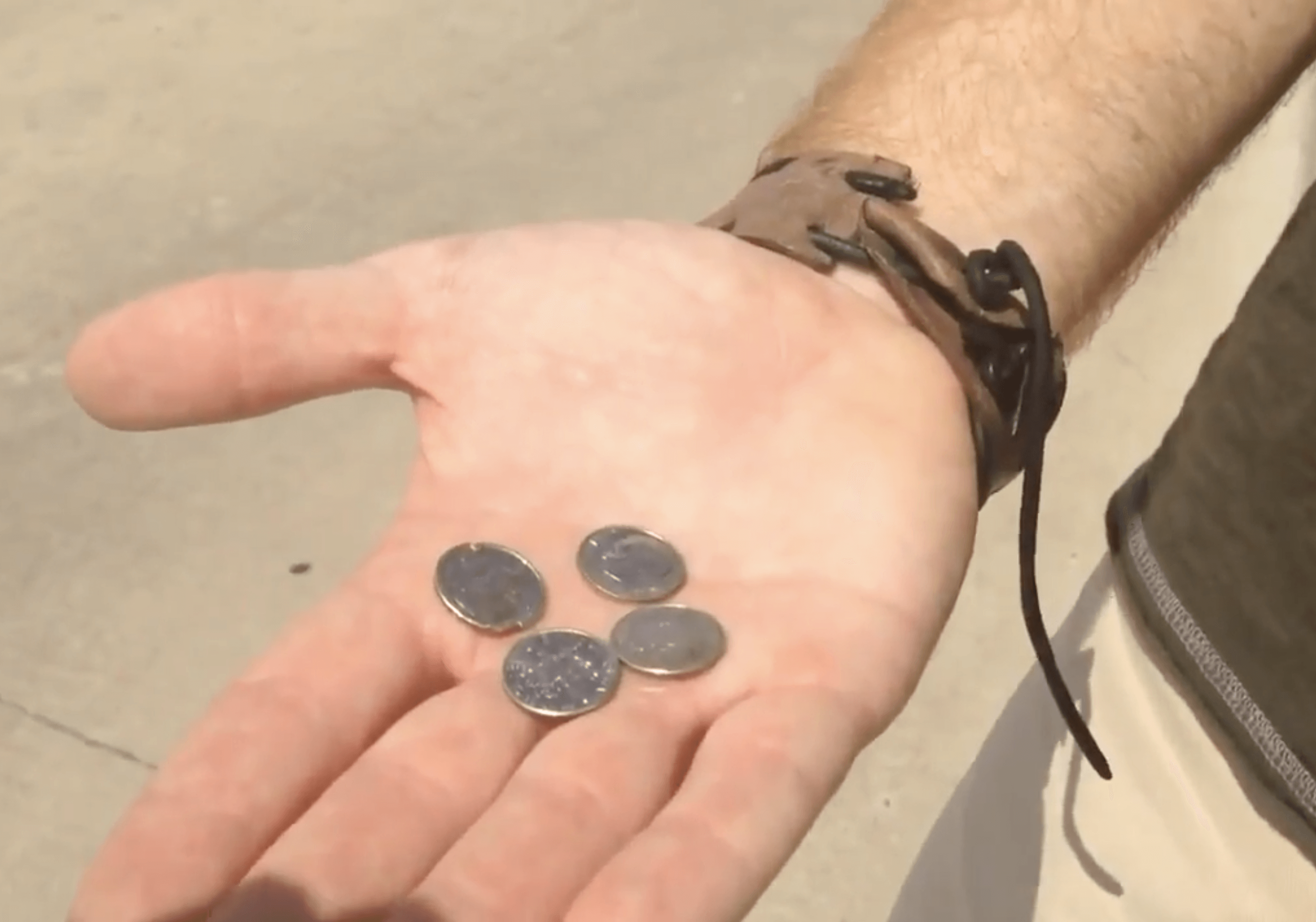 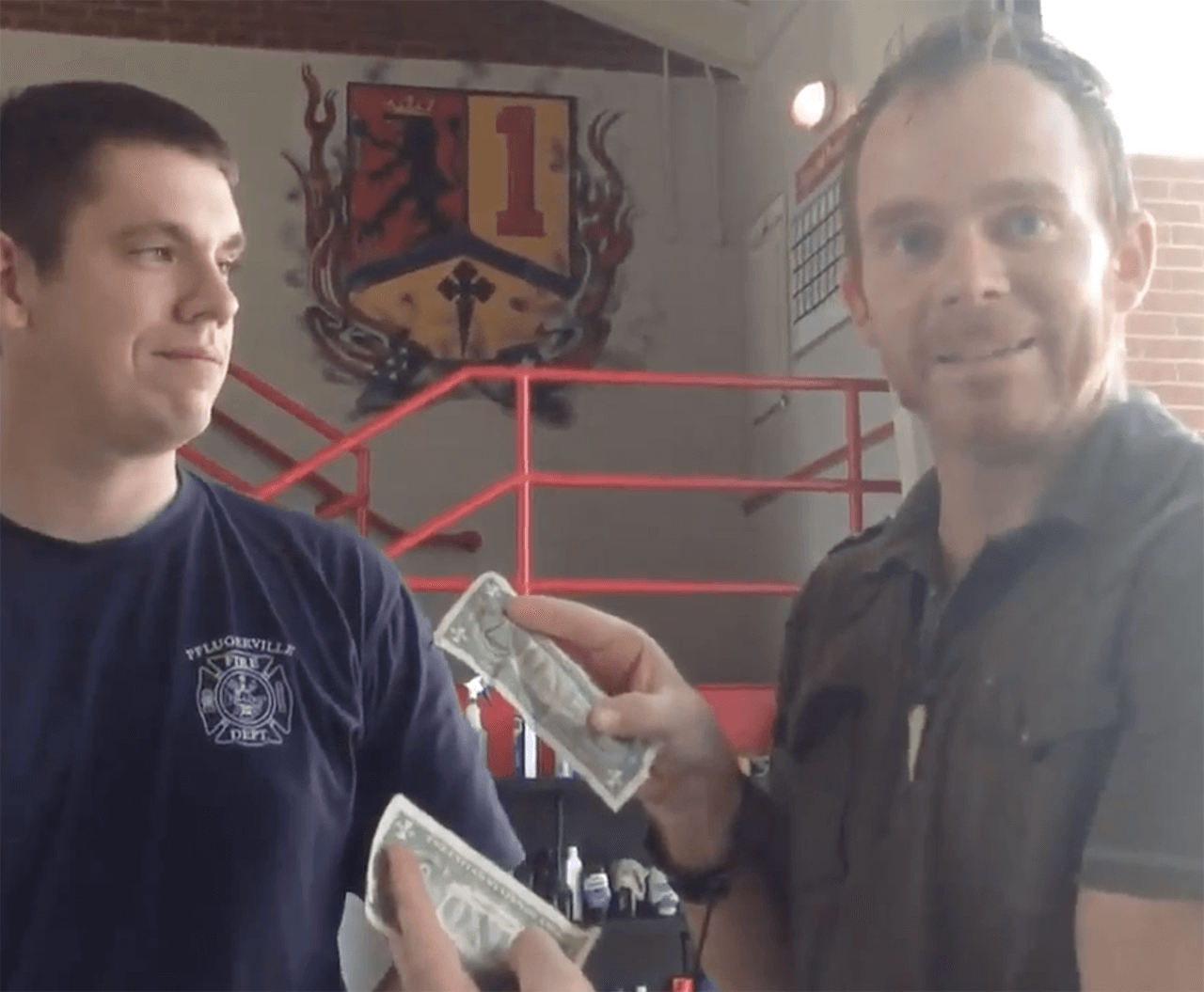 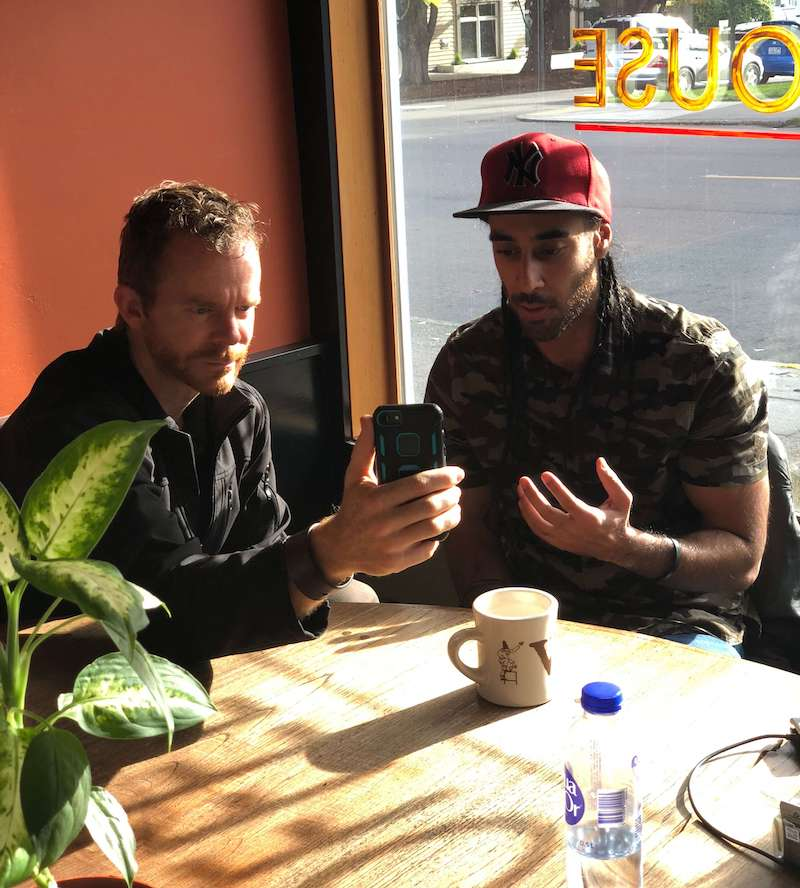 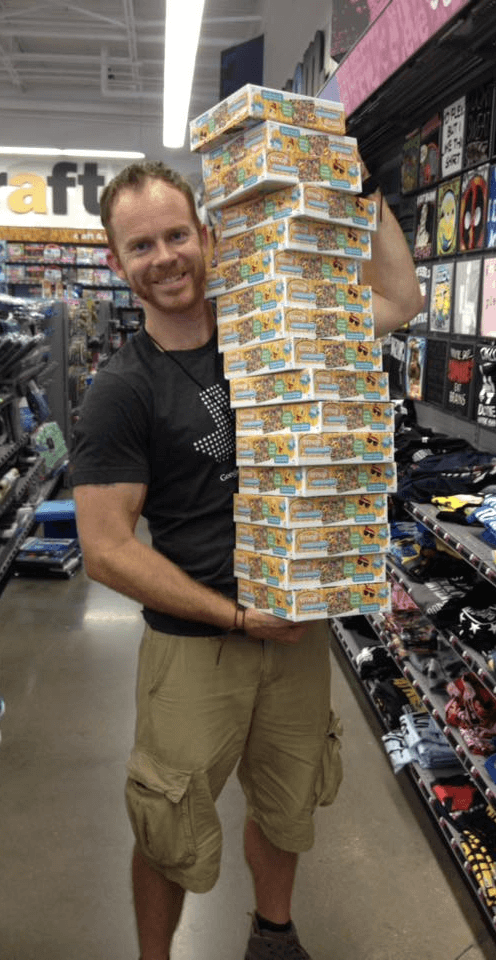 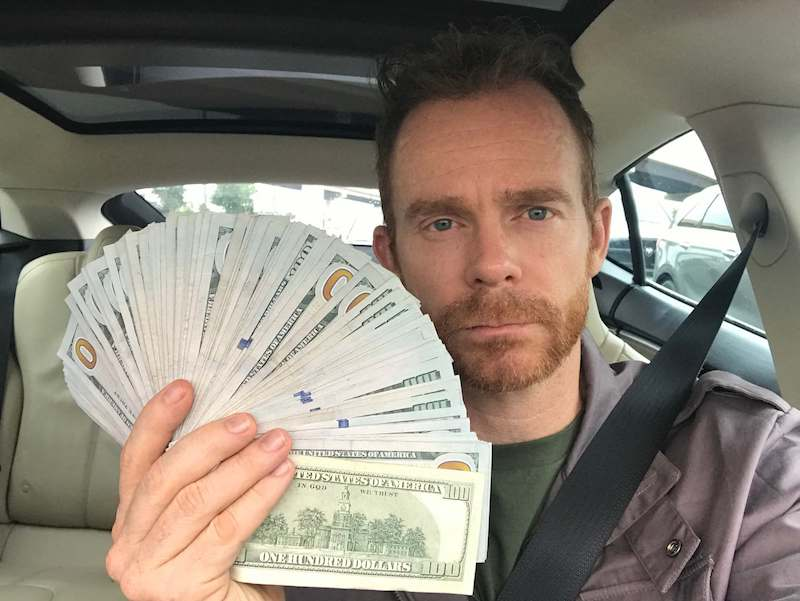 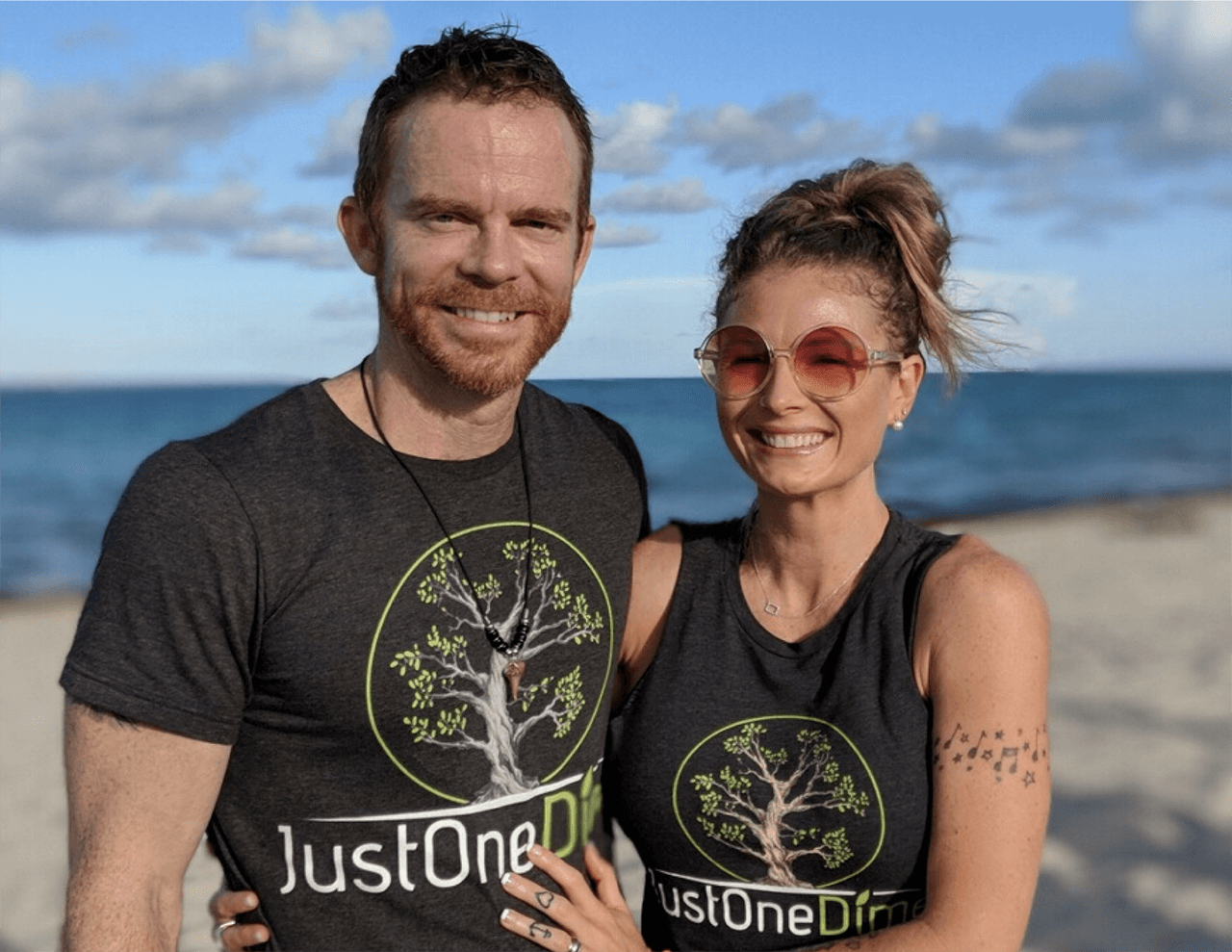 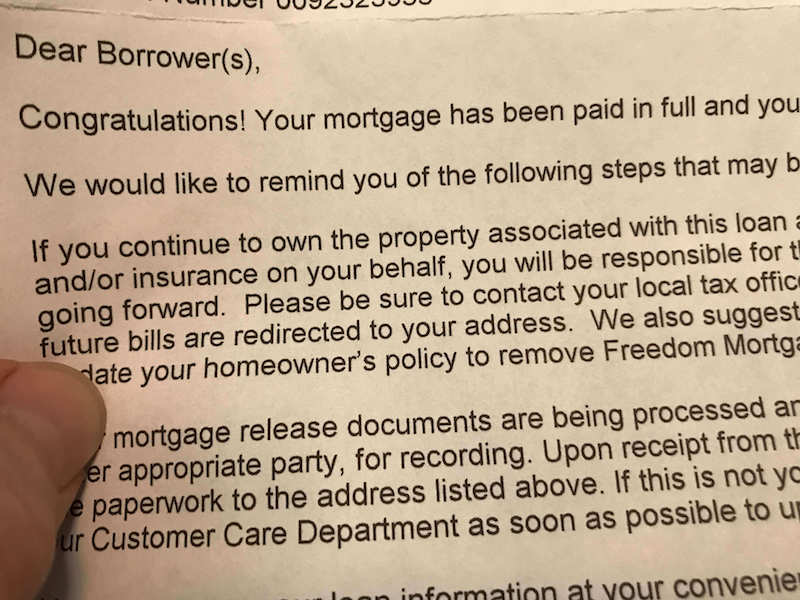 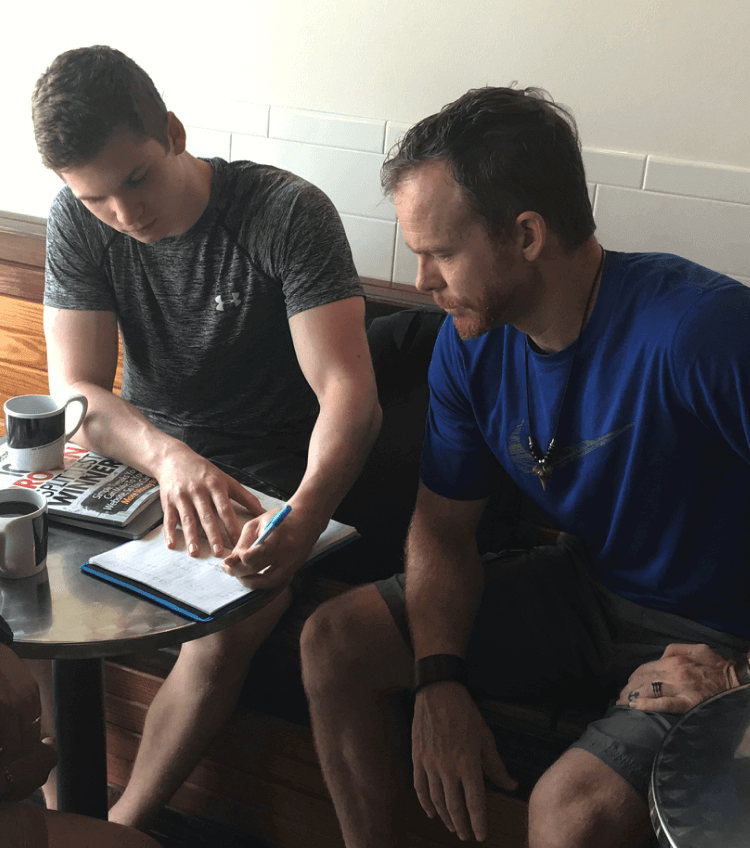 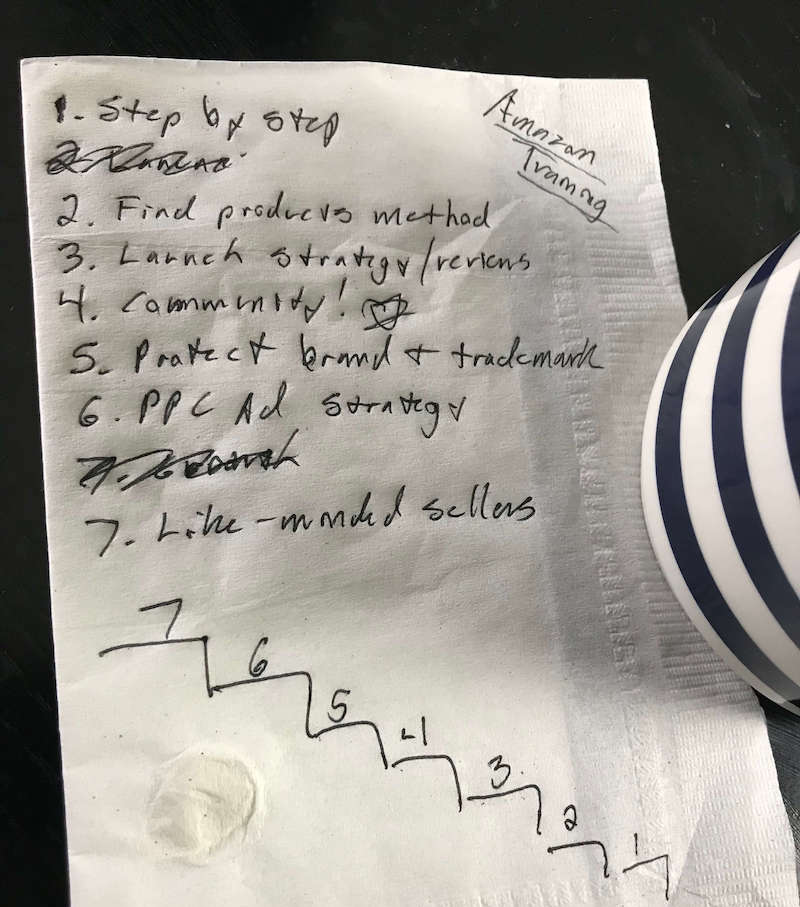 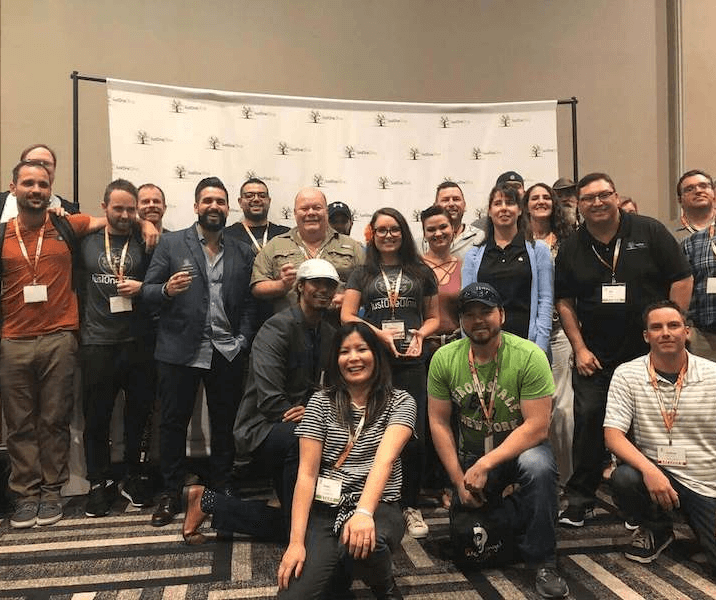 Funny thing, the freedom I thought I was gaining became less.

‍I was needed constantly, yet that need did not transfer to my bank account. Living the American dream, I spent my days building someone else's dream. I worked my heart out year round and received annual raises just big enough to buy a few extra bags of coffee every month to medicate my stress with caffeine.

I'll never forget the day my boss told me to create a tracker for a tracker of my daily tasks that needed to be tracked. It was tracker inception.

When I wanted to go on vacation I had to request it. If I wanted a day off with my kids, I had to earn it. If I went over my allotted time away, I got in trouble.

So I tried to stand out. I motivated my team to build a streamlined workflow that would solve our customers' biggest pain points.

My ideas were rejected before I was done presenting them.

I quickly learned there was an underground, unspoken network of mandatory butt-kissing and flattery required to get promoted, having nothing to do with the value one was bringing.

‍Tired of living paycheck to paycheck, I watched superhero movies and wanted to feel like one myself.
‍‍My sense of pointlessness began to leak onto the people I loved most. My marriage was hurting. I was short and curt with my kids. Even my wife's dog didn't like me.

The final blow was when my boss shamed me in front of my own subordinate. Driven by fear of getting in trouble with HR, she made me the scapegoat.

We were meeting over video chat and I remember feeling so humiliated I had to move an application window over the video of my boss' face. Feeling too sick to even answer I just nodded numbly, waiting for the meeting to end.

The meeting finished, I turned to my wife, and said, "That's it. I'm done. I don't care how painful and difficult the path may be, I'm going to build a new life for our family."

I love the company I worked for. I honored them from day one and often made them more cash in one day than they paid me in a year. This didn't bother me. But when I saw my honor being sacrificed for the sake of company politics, my heart was already gone.

I dove into Dave Ramsey's teachings on how to crush your debt and one day grabbed a paint can and spray painted on the wall in front of my desk: "Live like no one else."
‍
I read every book I could find that teaches how to build multiple income streams. One day, looking at coins sitting in my beat-up mini van's coin tray, an insane idea entered my head.

Suddenly I knew what I needed to do.

Armed with a single dime, the most valuable US coin for its size, I walked downtown and approached random people, sharing my vision and asking them to double my dime.

Some said “yes” and others laughed.

Slowly but surely, my dime turned into $400 just for asking.
‍
Realizing that getting a stranger to give me $400 to double my cash to $800 was going to get difficult, I decided to invest my cash into ecommerce. I researched the health and fitness market on eBay and concluded it was flooded.
‍
With Pat Flynn's advice echoing in my head, "The riches are in the niches," I clicked on the "Everything Else" eBay category and happened upon "Funeral and Cemetery." One hour later I discovered that tiny cremation urns hanging from silver necklaces were selling like popcorn at a baseball game.

I found a supplier on DH Gate, purchased inventory, and posted it on eBay. Nothing happened for days.

Then one sale came in.

A few painfully slow days later, another sale came in.

Was I doing something wrong? Why was I selling almost nothing while my competitors were selling like crazy?

I decided to send them in to Amazon and see what happened. Within weeks I was selling ten a day. I was blown away.

I sat down and calculated how many I needed to sell to make as much as I made at Apple. I quickly realized that the money potential running my own business was ridiculously better than working for Apple.

I used all the money I made to purchase more inventory. I did it again. And again. I began to learn how eBay works and within a few months I had constant stream of money coming in from eBay as well.

After months of learning, trying, failing, and re-learning, my dime had become over $100,000.
‍
With joy, I fired my boss and began to feel a sense of control for my future.

Having tasted the power of building wealth without the help of a corporation, I was now hungry.

I built an e-commerce store in the vape industry and failed miserably. I sold it for $35 on eBay. (This was my own ecommerce website—not Amazon).

I took the $500 and invested in more products. I sold these on Amazon and used that money to buy more products. My $500 grew to a few thousand.
‍
I invested some of this into more products and a chunk of the remaining money into sub-leasing condos via short term rentals. In one year we did $90,000 in revenue from short term rentals alone. Between this and my Amazon and eBay sales, I'll never forget the day I realized my wife and I surpassed our first $1,000,000 in revenue.

‍I was preparing the bed for our new guests about to arrive at the condo and I called my wife, elated. And it all started with a single dime.

My wife sensed my new drive and our marriage began to flourish. We laughed more and argued less. We took petty things less personally and our sex life became more frequent and creative. We started eating healthier, working out more frequently, and had more energy.

It wasn't the money.
It was the purpose, the joy, the feeling of building a dream together.
Perhaps the biggest drive was the sense of gratitude. I felt thankful. I felt so much grace in my life, I was overwhelmed, and people sensed that and wanted it too.

People who previously thought I was crazy started to ask me how I was doing it.

They noticed I paid off my house, seemed happier and more energetic, and had a new sense of purpose not just in myself but in my marriage and family.
‍
So I helped them. I showed them how to do what I did. Then their friends asked and I taught them too.

The number of requests grew so I started to charge for coaching. The number kept growing until my passive income was not so passive anymore. From morning 'til night I was running my online stores and teaching people how to do it.
‍
So one night my son and I locked ourselves inside Dominican Joe's Coffee shop (now Bennu Coffee) and refused to go home until we had a full-fledged plan for teaching people how to sell on Amazon.

The teaching had to accomplish three goals:
‍
1. It had to be massive in content.
2. It had to be very step-by-step.
3. It had to be holistic.
‍
Lots of people who get excited about making tons of money don't have a healthy understanding of how to run a business and how to handle problems they will inevitably encounter.
‍
We didn't want to pawn off some outdated course. We wanted to help people succeed.

That night, pouring over our scrappy notes in the coffee shop, we realized what we were meant to do: build people.

To teach entrepreneurs around the world how to build a new life that gave them freedom and margin to do the things they love with the people they love.

As we drafted our first outline for the training, I remember a deep sense of joy and almost trepidation, pondering that a single dime had turned into multi-millions.

If I could start with a single dime, so could you. ‍

That night, Just One Dime was born. 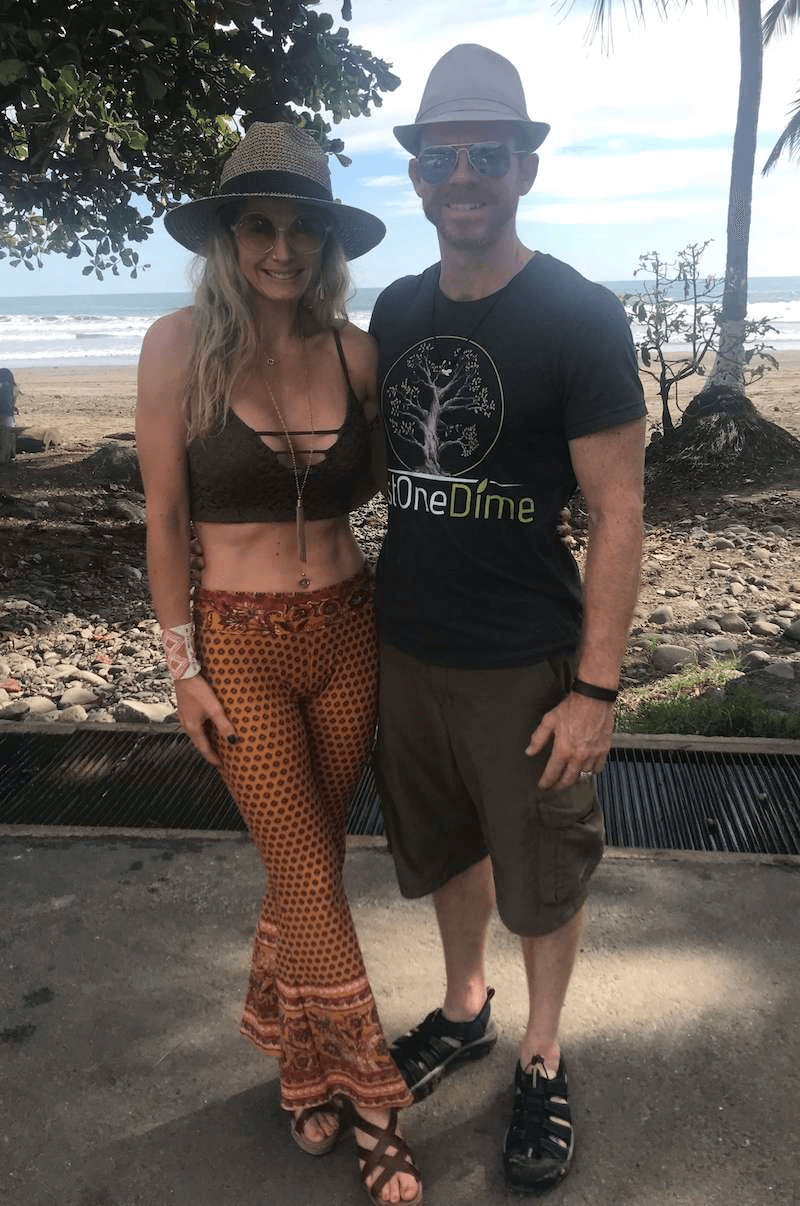 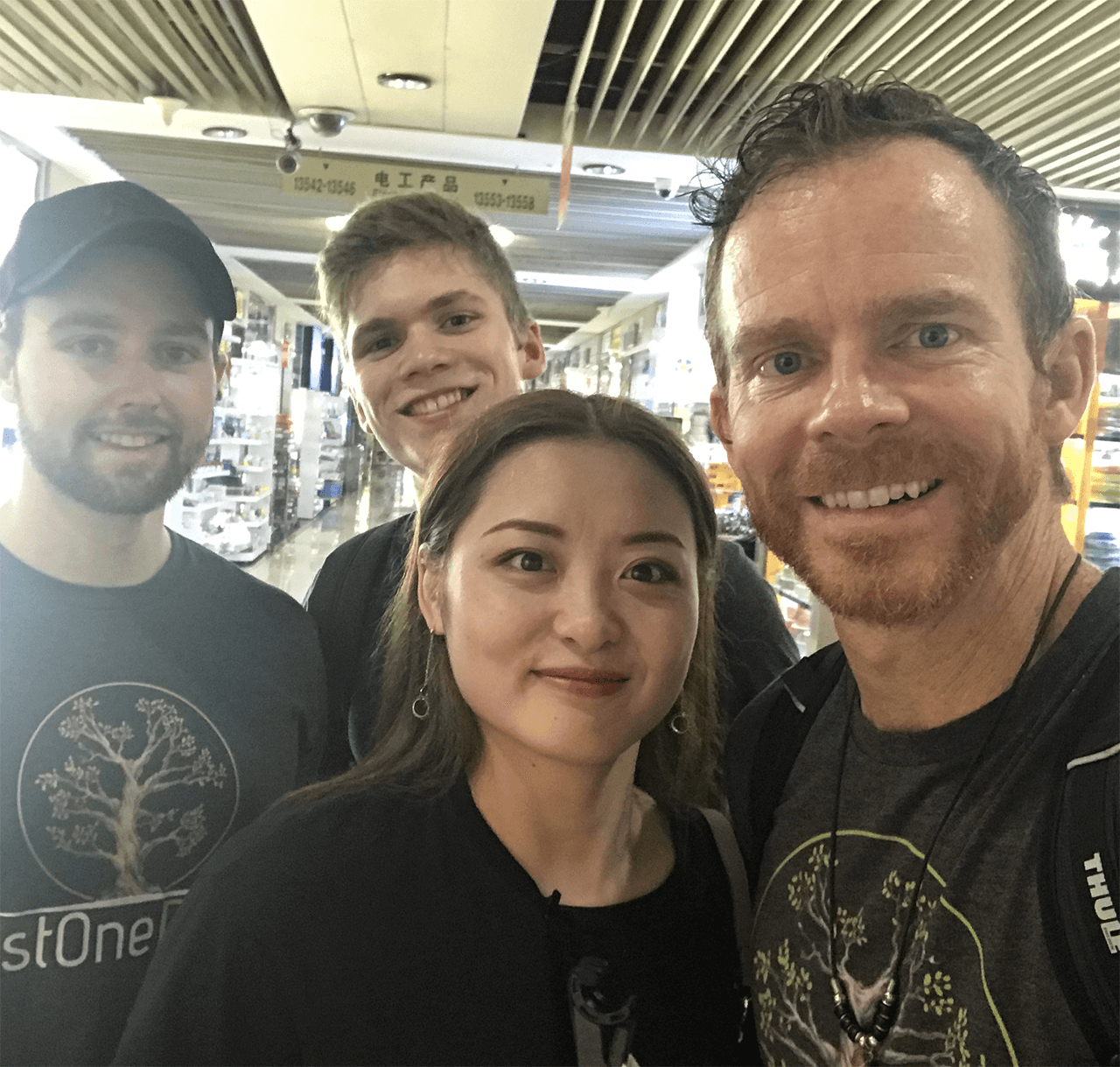 Little did I know that just months later...

We would have over 100,000 subscribers on YouTube and thousands of warrior entrepreneurs in over 100 countries building passive income streams, turning 9-to-5’ers into independent entrepreneurs.

Students around the world are firing their bosses and today travel the world with their loved ones, while selling on Amazon.

A college student from Chicago quit school and today travels the world.

A mother in Texas now supports her family of four children off her Amazon income.

A husband from Ohio quit his day job and today makes 10 times what he made in his corporate job.

An Amazon seller from Kuwait makes $40,000 a month selling on Amazon and lives with his family wherever in the world he wants.

A dad from Italy used his Amazon money to buy his wife and daughters a new house and a new car. 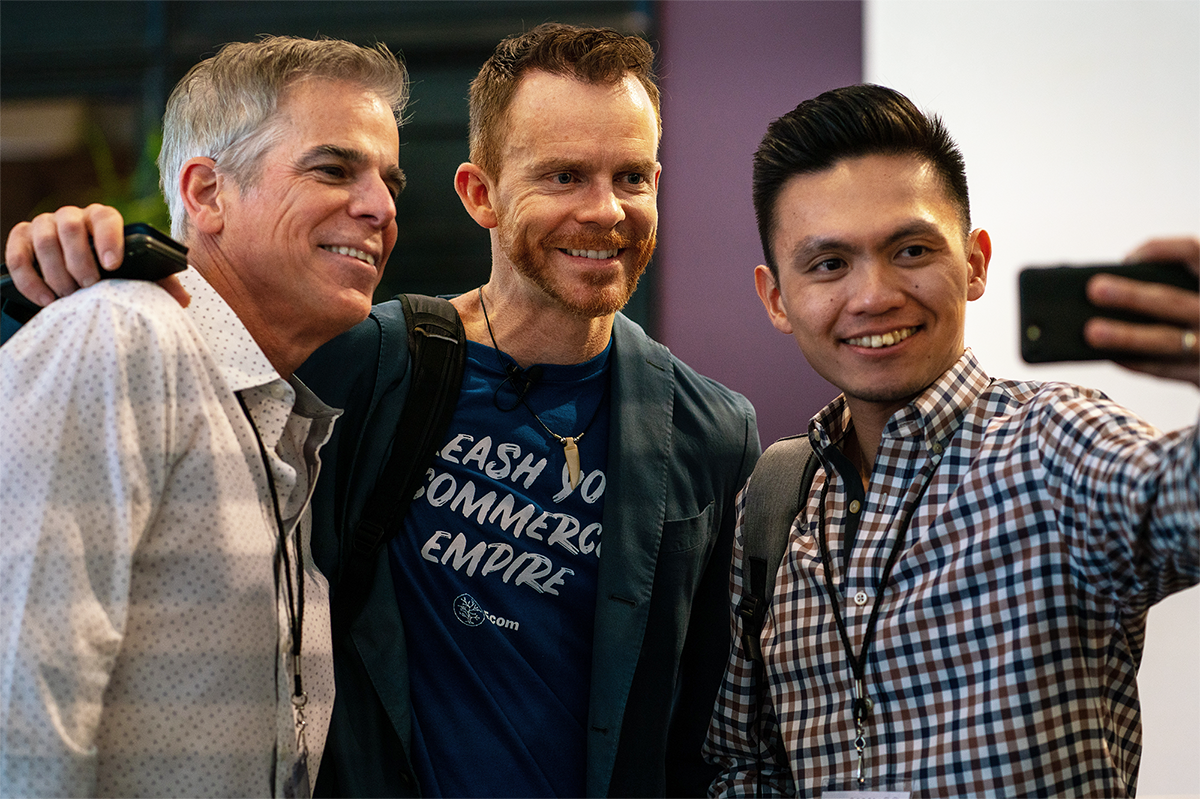 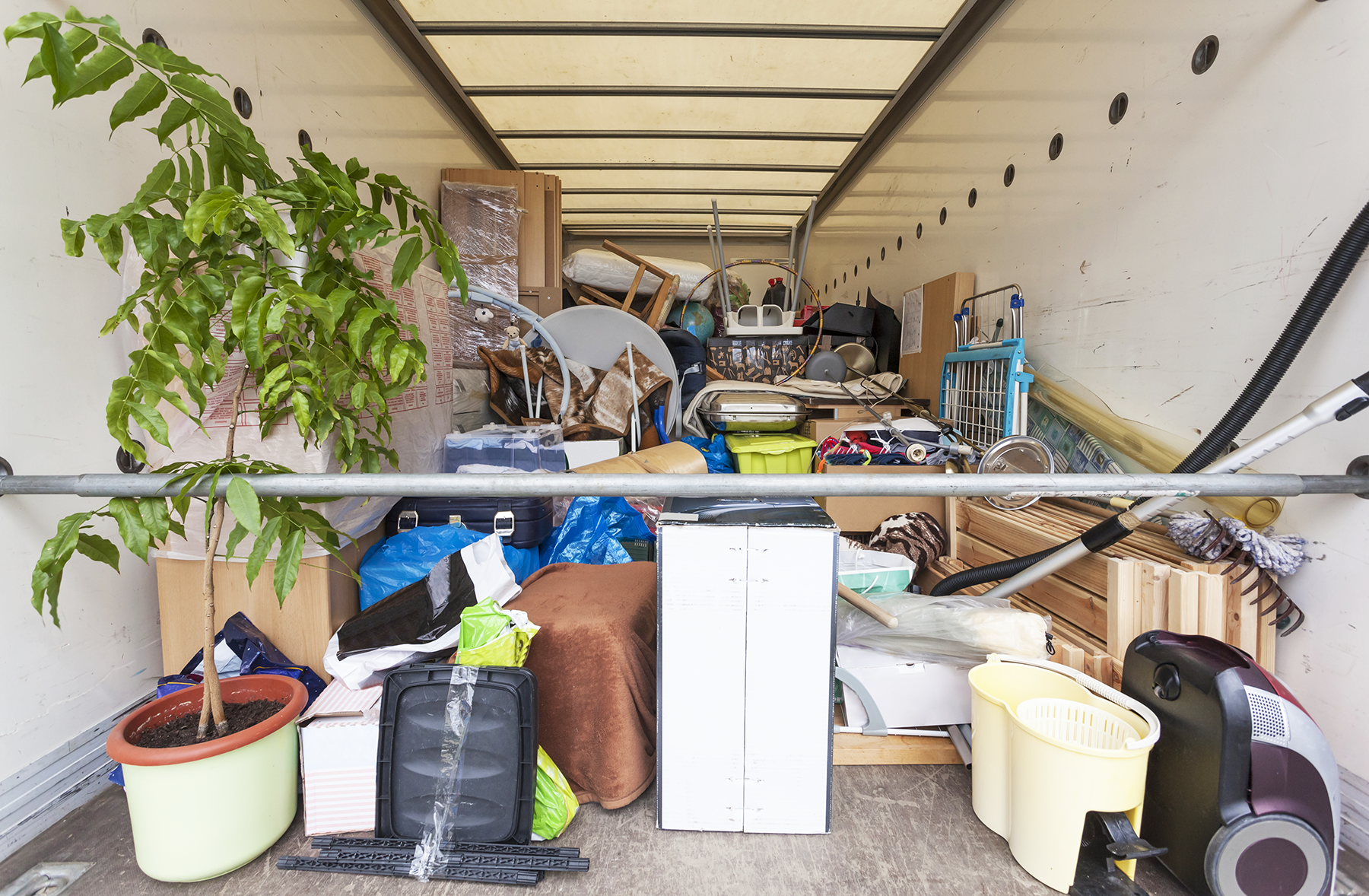 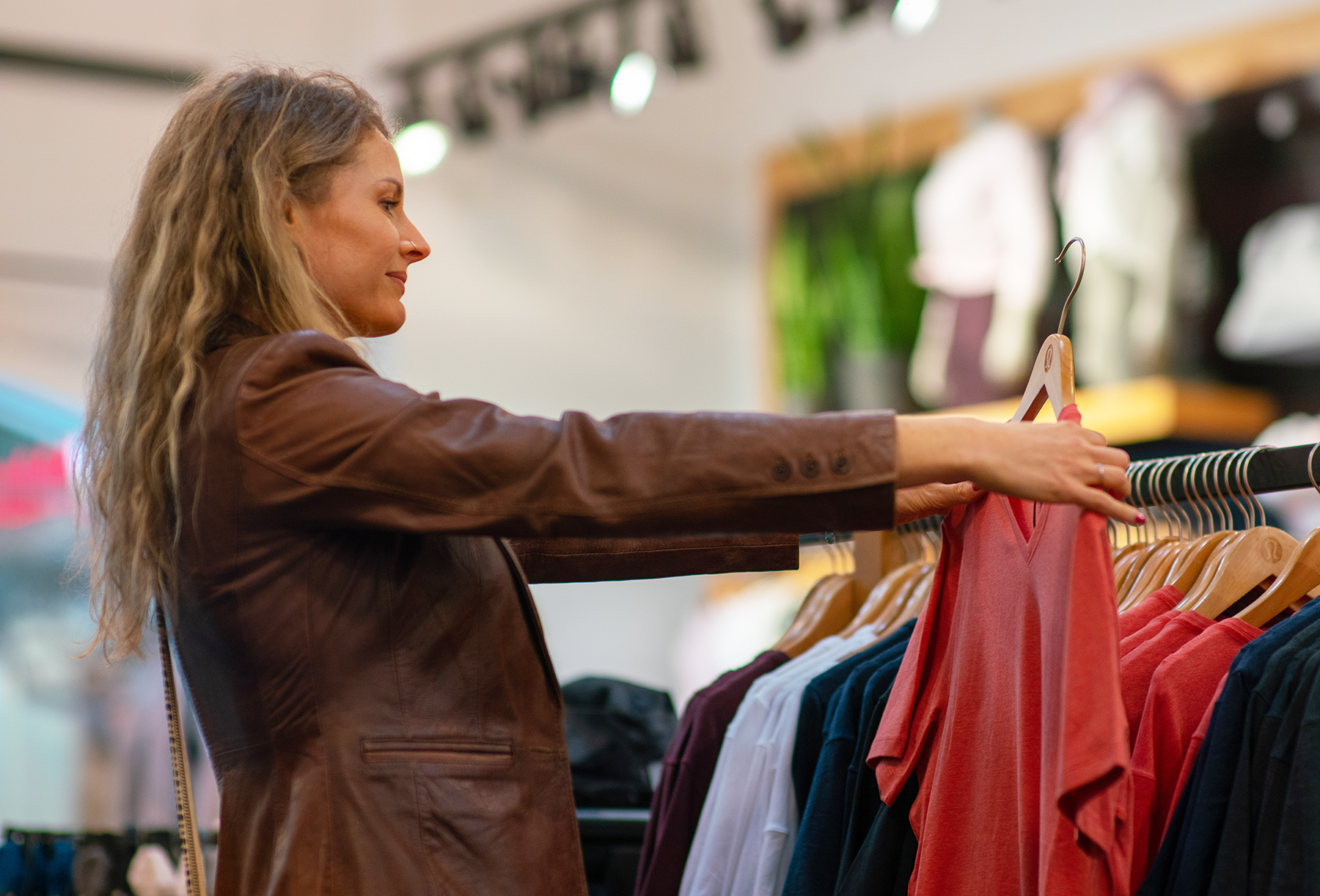 We have trained multiple students into millionaires and many more are generating over $100,000 in revenue a year. 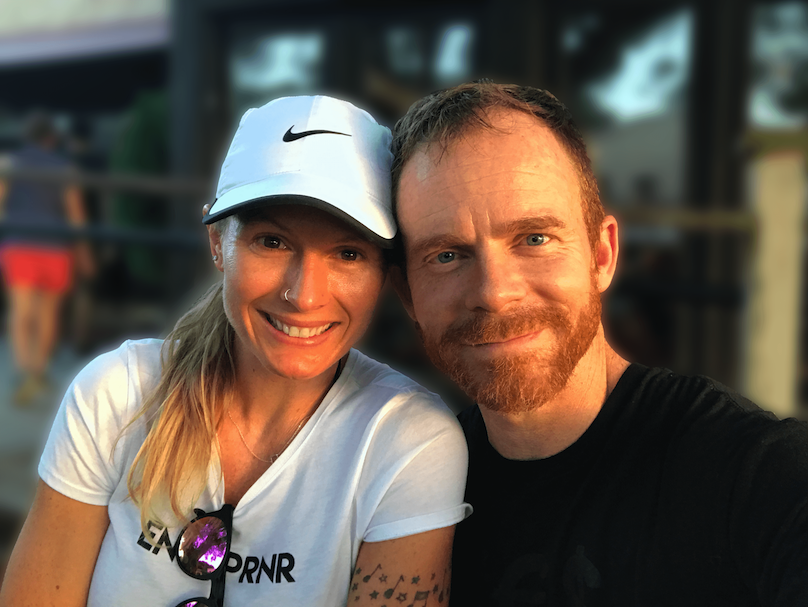 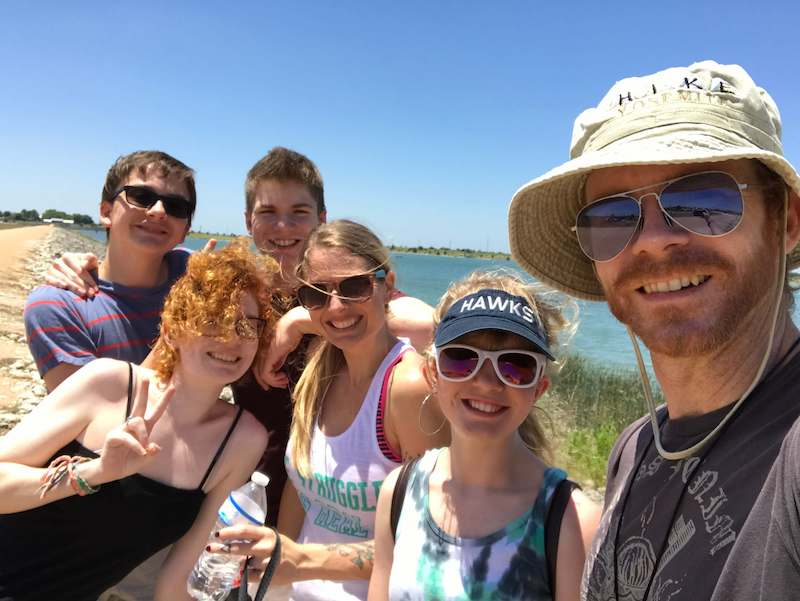 The best part is not the amount of money I make but the freedom it has created in my life to do things I love with the people I love.

Today I can drop everything and whisk my wife away on a surprise date, not thinking twice about using up "vacation time" or if my boss is going to be upset that I took the day off.

This new life has enabled me to do things like jump out of an airplane (yes, with a parachute), or enjoy a sunny day with my family at McKinney State Falls in the middle of the day when most people are stuck in an office under the torture of a spreadsheet.

For our more established Amazon products, sometimes all I need to do is take a few minutes a day to pamper the listing and make sure it's ranking and converting well.

When I go to sleep, my Amazon products keep selling. When I wake up, I am wealthier than when I went to sleep.

If you are sick of living paycheck to paycheck and ready to turn your life into something that gives you freedom to spend time with people you love, and do things you've always wanted to do, we can help.

I won't waste your time with craptaculous claims, empty theories, and BS promises. I'm honest to a fault and extremely practical. Having been through the valley of hell and back again has squeezed enough narcissism from my heart to no longer need to impress.